When working on a Song Recording Title (SRT), you must have all green checks displayed in the Required Information for Release at the left hand side of the page. The Complete button will remain grayed out until all of these fields have been filled. When you have finished completing all of these mandatory fields, the Complete button in the top right corner will turn blue. Clicking the Complete button does NOT make the song visible to your fans, but makes the song available to you for use in albums and playlist. 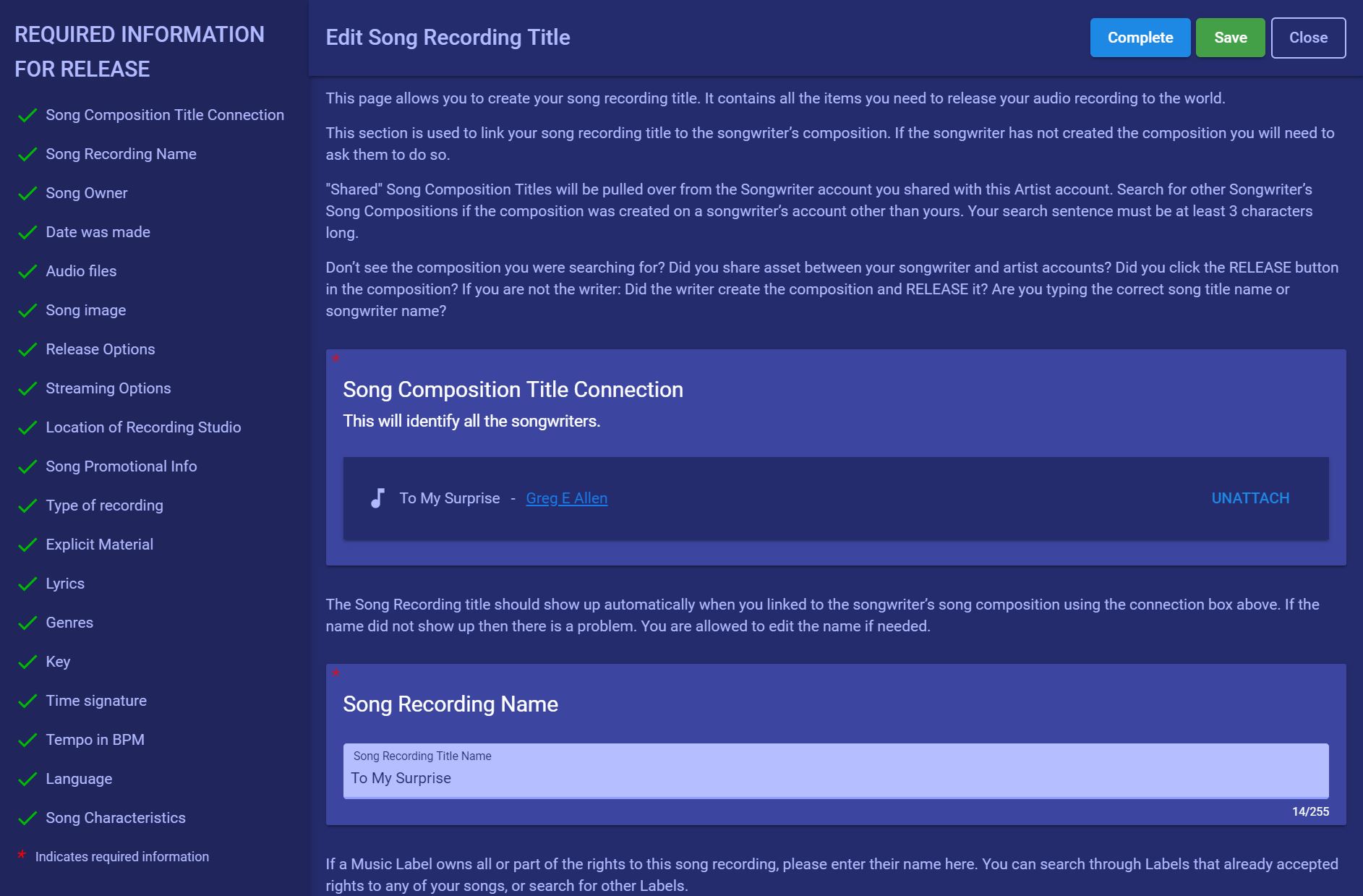 On the SRT card you will see another blue button that says Release/Make Visible. Depending on your release date, clicking this button will either release the song for fan interaction or make the title visible without the ability to play or download until the release date comes. Publishing a website containing this SRT will activate the Release/Make Visible button.

The album works the same way. The Complete button makes the album available to be placed on a website, but it does not make it visible to your fans.

On the Album card you see the blue Release button. This button will release your album and make it seen and searchable by fans. Publishing a website containing this album will also Release the album. Notice that the second album card in the image below shows the album as "Released".